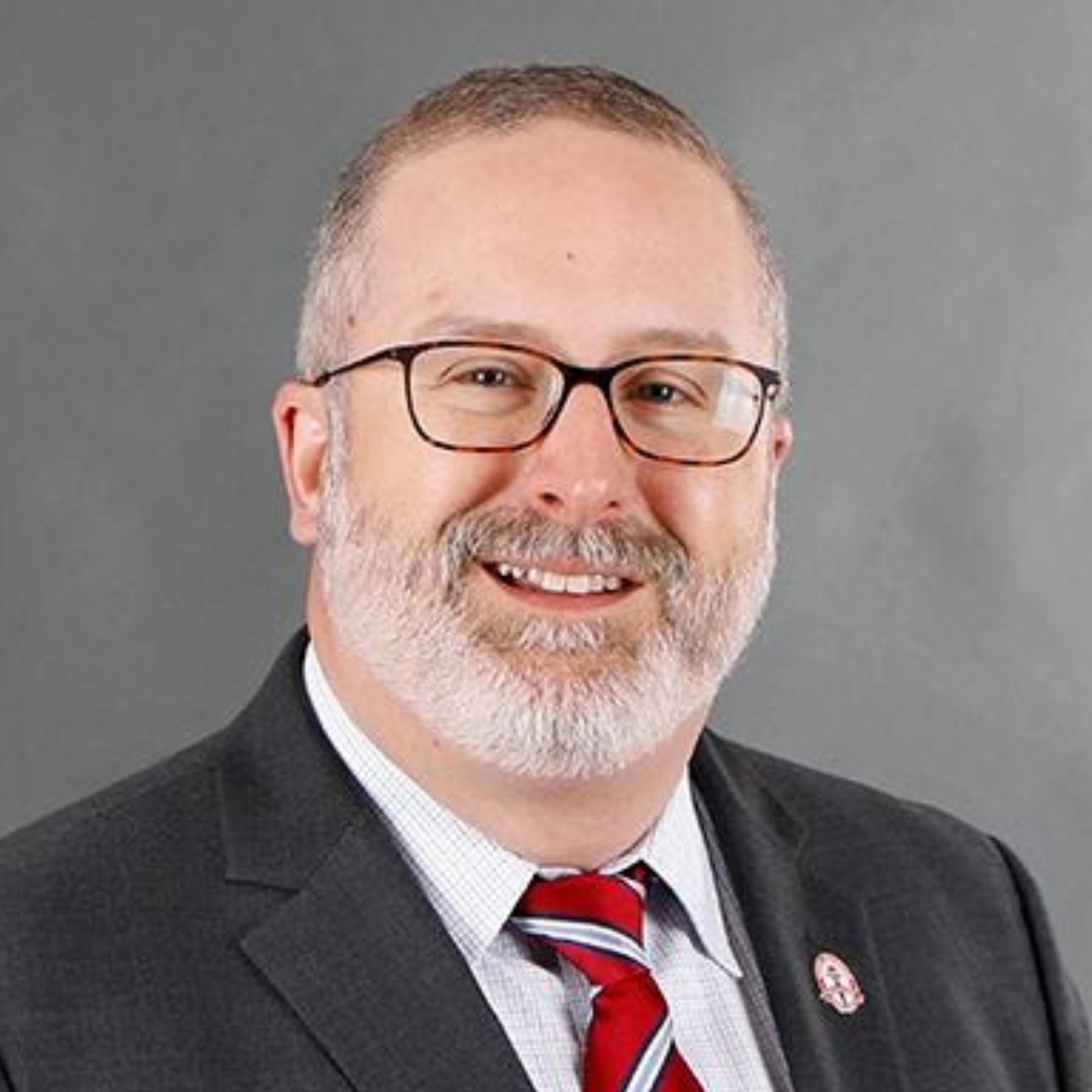 Postwar Evangelicals at a Crossroads

The year was 1947. Evangelicals were trying to figure out how to navigate faithfully the postwar world. They were still less than a generation removed from a string of defeats in the fundamentalist-modernist denominational controversies of the 1920s and 1930s. The Scopes Trial, while technically a victory for theological conservatives, had resulted in a loss of influence and marginalization in the wider culture because of caustic news coverage from journalists such as H.L. Mencken.

Some evangelicals had responded by doubling down on their commitment to separation from sin and heterodoxy. They had withdrawn from the mainline denominations, formed independent schools tied more to theological emphases or dynamic personalities than denominational traditions, and in most cases focused their attention on personal evangelism, global missions, prophecy conferences, and college-level and lay ministerial training.

Others chose a different path. In 1942, evangelicals from across denominational traditions had rejected stronger separatist impulses and come together to form the National Association of Evangelicals as an orthodox alternative to the Federal Council of Churches. In 1944, Youth for Christ had formed to combine cutting-edge strategies with the ancient gospel message to evangelize teenagers. A recent Wheaton College alum named Billy Graham was Youth for Christ’s first full-time evangelist. In 1947, West Coast evangelist Charles Fuller and East Coast pastor-theologian Harold John Ockenga joined forces to establish an interdenominational theological seminary committed to the highest academic standards.

Evangelicals across the board were committed to both biblical separation and the Great Commission. But there were tensions. Two questions were at the forefront by the mid 1940s. First, how should believers reconcile their commitment to separation from sin with their commitment to proclaim Christ to sinners? Second, is proclaiming Christ limited mostly to evangelism and ministries that directly support evangelism or does it also include addressing social ills and engaging faithfully in the spheres of politics, education, and the arts?

Within a decade, how one answered these questions would determine whether one was a separatist fundamentalist or an engagement-minded evangelical. But those terms were still more or less synonyms in 1947, and the future fractures were still just fault lines. It was into this milieu that an emerging scholar penned what became an evangelical classic.

Carl F.H. Henry was a former journalist turned theologian and philosopher. He had already earned a ThD from Northern Baptist Theological Seminary and was working toward a second doctorate from Boston University, which he would complete in 1950. He is about to become a founding faculty member at Fuller Theological Seminary. He had recently published a significant book titled Remaking the Modern Mind (1946), which critiqued various modern ideologies from the perspective of a Christian worldview that was rooted in divine revelation and committed to biblical theism. Henry followed up with a short treatise titled The Uneasy Conscience of Modern Fundamentalism.

Henry was a convictional evangelical. He affirmed the Trinity, the Virgin Birth of Christ, biblical inerrancy, and penal substitutionary atonement. He was committed to personal evangelism and supported the citywide evangelistic campaigns that characterized the era. He was a premillennialist, though not a dispensationalist, as well as a Baptist. He was committed to global missions and longed to see both national and global revival.

While Henry’s theological bona fides were thoroughly conservative, he challenged the evangelical status quo of his day. He advocated for a more holistic and engaged public witness. He believed that evangelicals at times emphasized evangelism to the exclusion of engaging social issues such as aggressive warfare, poverty, racism, and other matters of social justice. He argued that some evangelicals retreated into prophetic speculation while others were so concerned with separation that they were unwilling to work with other people of goodwill on matters of common concern. He contended that evangelicals had a clear-eyed view of sin’s effects on individuals, but an underdeveloped view of sin’s effects on structures and societies.

Henry wasn’t advocating for a social gospel that would enact societal change to help usher in the kingdom of God. In fact, he was a strong critic of the social gospel and every other version of modernist revisionism to traditional evangelical orthodoxy. He was also not advocating for an individualist gospel that focuses on personal salvation and pushes all talk of the kingdom into a future eschatological kingdom. Henry wanted to avoid the errors of both the compromised theological left and the malformed theological right.

What Henry was calling for was a kingdom gospel that was already present among believers and would one day be fully consummated when Christ returned. This kingdom gospel addressed the salvation of individual sinners and provided redemptive answers to corrupt systems and structures. Henry argued his vision was rooted in the Scriptures, especially the Old Testament prophets and the teaching of Jesus. He demonstrated that the tensions among postwar evangelicals hadn’t been present throughout Christian history, but rather were oddities of his era that reflected specific controversies in recent history.

Henry didn’t want evangelicals to abandon their faithful heritage. Nor did he want evangelicals to introduce modernist mutations into their orthodox DNA. He simply wanted evangelicals to read their Scriptures, embrace their earlier commitment to both evangelism and engagement, and be more fully obedient to the way of Christ. Many heeded his call over the next generation, most famously Billy Graham, who became the public face of the sort of holistic evangelicalism for which Henry was calling.

A New Edition for a New Generation

This year marks the 75th anniversary of Henry’s Uneasy Conscience of Modern Fundamentalism. In honor of this anniversary, Crossway Publishers has released a new edition of this classic treatise. As a Christian historian, I believe that past faithfulness often provides timely answers for present dilemmas. To that end, Henry’s short treatise should be required reading for every evangelical pastor, professor, and parachurch leader. As I wrote in my endorsement of the new edition,

Evangelicals today are divided over differing visions of faith and culture. While all are committed to proclaiming the gospel to unbelievers, many are hesitant about other expressions of Christian mission―especially those that seek to address systemic injustices. We’ve been here before. In the years after World War II, Carl F. H. Henry wrote his brief manifesto The Uneasy Conscience of Modern Fundamentalism. Though he wrote for a different context, Henry’s case for Christ-centered, biblically motivated cultural engagement remains evergreen. This book deeply affected my own ministry when I first read it as a seminary student. I trust God will use it similarly for a fresh generation of readers.

While some of Henry’s examples are dated, the core issues remain quite similar. Some contemporary evangelicals feel the pull toward forms of separatism and insularity that came to be identified more with separatist fundamentalism. Others are tempted by progressive trends that downplay, revise, or even reject orthodox theology and ethics. Henry reminds us that our call is to follow Jesus by obeying his written Word rather than cherry-picking our preferences.

Our world needs a holistic evangelical witness that is committed to urgent evangelism, compassion toward the hurting, and a zeal for biblical justice. It needs prophetic witness, not partisan backbiting. It needs biblical holiness, not pharisaical separation. It needs a transformative kingdom gospel and all of its implications, not a merely transactional individualist gospel that focuses mostly on one’s personal relationship with Christ. Carl Henry can be a faithful guide as we navigate these questions, just as he was for a past generation of evangelicals. Take up and read!