What it will take to tackle mass violence 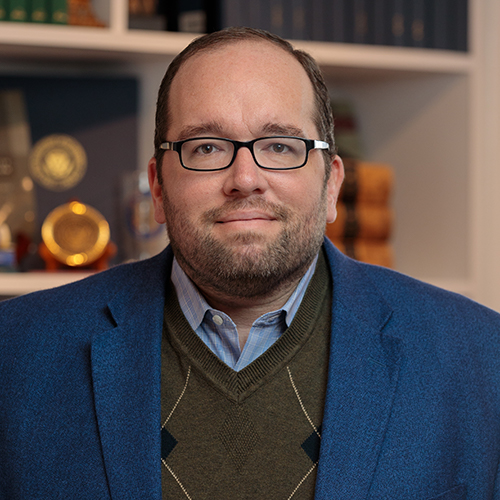 It’s hard to know what to say, think, and feel after yet another horrific news cycle in which innocents are gunned down in cold blood. But here we are again, this time at an elementary school in Uvalde, Texas, west of San Antonio. Parents who dropped their kids off at school as part of a routine that millions of us repeat every day are now dealing with unexpected and unimaginable horror.

The precious and innocent blood spilled so unnecessarily on those classroom floors understandably drives us to rage. Death, Scripture says, is the final foe, the work of the enemy. Jesus, peering at the corpse of his beloved friend Lazarus both wept and inwardly seethed (John 11). Ultimately, the shooting in Uvalde is the wicked handiwork of the one Jesus called a “murderer from the beginning.” As a parent of four children, I can hardly even process the news.

We rage at a culture of death, where life has become so cheap and disposable. We rage at intractable political dysfunction, where massacres like the one in Uvalde become one more talking point in an endless political cycle. We rage at the normalcy of the abnormal, the numb sameness of school shootings that dominate our headlines—27 in this calendar year already.

Yet, what won’t solve this epidemic of violence is the kind of performative stunts that masquerade as prophetic action, such as what Texas Democratic gubernatorial candidate Beto O’Rourke did, interrupting a news conference held by sitting Gov. Greg Abbott. The event included the families of victims, who were none too pleased to see the perennial political candidate vie for his viral moment as they were grieving.

Anger is good and can stir us to action, but what we need from our leaders is not manufactured self-heroism that excites a political base but genuine and meaningful work to prevent the next massacre. We have to ask ourselves if we are interested more in making a difference or making a point.  Our instinct is to reach for monocausal explanations in horrific moments, but gun violence is a multilayered problem.

We have to ask ourselves if we are interested more in making a difference or making a point.

Some conservatives have proposed expanding red-flag laws that allow a concerned community to petition a judge to remove weapons from a person considered a possible threat. Others like sociologist Brad Wilcox have rightly pointed to the breakdown of the family. “If we’re serious about ending [the] scourge of school shootings, [we] must also get serious about strengthening families that are our 1st line of defense in preventing boys from falling into a downward spiral of rage, hopelessness, or nihilism that can end in senseless violence.” Anthony Bradley, a professor at The Kings College, was more pointed: “America, the man in this photo can end school shootings. It’s called a ‘father.’ Teen boys who have close, intimate, joyful relationships with their fathers will likely never be a crime statistic. Good fathers are the most effective way of ending young male criminal deviance.”

Our rage and grief shouldn’t cause us to do nothing. We can’t look away from the horror of children being killed and pretend it’s normal. And yet, political stunts like Beto O’Rourke’s gratuitously disrespectful self-heroism won’t change the status quo. Those interested in producing change should see allies, not adversaries.

We should demand that our elected officials come together, cross party lines, and act where there is consensus. This problem will not go away by sloganeering for the next election, pretending that half the country is to blame, demonizing those whose solutions might be different from ours, and collapsing this entirely into the fault of gun manufacturers or sociological explanations alone. If we solve the problem of deadly violence, we will have to do it together, Republicans and Democrats, gun owners, and those who don’t own guns. Reason—not opportunism—will be necessary.

What’s more, while our lawmakers craft and debate legislation, we might be more vigilant in looking out for alienated young men, forgotten by society and radicalized by the internet, with so many wounded by absent fathers. All of us—pastors, parents, police, teachers—can do more than we are doing. We won’t stop every act of murder in a culture of death in a fallen world, but we may prevent some. And in doing so, keep another group of parents from experiencing the terror of Uvalde.

You can find this article on World where Daniel Darling appears as a frequent Opinion columnist.